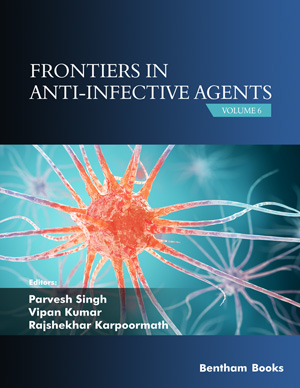 Reverse vaccinology uses computational approaches to identify potential vaccine candidates. With the increasing pace of genome sequencing, it is possible to identify all potential antigens from any sequenced pathogen. Reverse vaccinology uses computational data to identify potential antigens, express those potential antigens, and then screen them further for protective immune response. Thus, reverse vaccinology offers several advantages and enables identifying novel antigens even if the expression level is low or not abundant. Besides, reverse vaccinology approaches offer reduced time and reduced cost for the development of vaccines compared to conventional vaccination methods. Such a timely, speedy, and economical process for developing vaccines without compromising safety and immunogenicity is the urgent need of the hour to combat many emerging pathogens, including SARS-CoV-2. This chapter summarizes approaches and challenges in developing vaccines against many emerging pathogens, including SARS-CoV-2, by employing this innovative strategy.

Leptospirosis is a rare but neglected bacterial infection that affects people and animals. It is caused by bacteria of the genus Leptospira. The disease was reported as early as 1886 by Adolf Weil. Leptospirosis may cause kidney damage, meningitis, liver failure, respiratory distress, and even death when it is not treated. Occupations at risk include surfers, slaughterhouse workers, farmers, sewer workers and, people working on derelict buildings. Amjad Islam et al. had reported that among Asian countries, its highest prevalence is found in India. In 2015, Federico Costa et al. estimated that leptospirosis causes 1.03 million cases worldwide each year. The pooled mortality rate is 25%. WHO has estimated that 0.1 to 1 per 100 000 people living in temperate climates are affected each year, with the number increasing to 10 or more per 100 000 people living in tropical climates. It is reported in all continents except Antarctica. Lesser availability of treatment resources is detrimental, and unfortunately, it is commonly reported in lower-middle-income group countries.

Whereas, in severe cases, intravenous penicillin G has long been the drug of choice; the patients treated with penicillin for the management of this disease are to be monitored throughout the treatment to prevent the severe threat of potential Jarisch-Herxheimer reactions. In particular, this immune-mediated hypersensitivity reaction may occur within 4-5 h after administration of penicillins. Various kinds of human leptospirosis vaccines have been developed, including inactivated whole-cell, outer-envelope, and recombinant vaccines. Of these, only a multivalent inactivated leptospirosis vaccine (killed vaccine) is available in China, Japan, and Vietnam. However, human vaccines for leptospirosis are serovar-specific and require yearly boosters. So there is a need for the development of novel compounds which have leptospirocidal activity. Notably, drugs for treating leptospirosis are minimum; the present research for the development of novel lead compounds for this pathogen is very limited.

This review aims to summarize the most recent literature on synthetic lead molecules, natural products for its treatment, drug targets, etc., and provide recommendations to researchers who may encounter difficulties in finding details on the subject.

Antibiotic resistance is one of the growing concerns in healthcare settings. Most of the clinical and community (bacterial) strains have grown immune to almost all the available antibiotics. The discovery of new antibiotics or resurging of available antibiotics has failed to outcompete the growing resistance within the bacterial community. Thus, finding an alternative antibacterial modality to treat infectious diseases has become a significant objective among the scientific community around the globe. Phage therapy is one such an antibacterial therapy for the treatment of severe bacterial infections. The bacteriophages (or phage) are viruses that prey on bacteria for their multiplication and survival. Discovery of bacteriophage dates back to the early 1910s when Frederick W. Twort and Felix d'Herelle observed bacteriolytic activity. Before the discovery of antibiotics, phages were the choice of treatment against bacterial infections, but with the inconsistent research, phage therapy lost its importance in the therapeutics. With the emergence of antibiotic resistance, phage therapy and phage research has got a shape to revolutionize the growing bacterial infections. Phage therapy has shown promising results against severe bacterial infections in the circumstances where antibiotic treatment is ineffectual. This emergency has shed light on this forgotten therapy. This chapter will elucidate the history and fundamentals of phage biology and its significance in treating infectious diseases. With the special focus on advancements in phage research and their clinical outcomes which supports the use of phage therapy in humans. It also deals with the regulatory inputs required for phage therapy and the commercialization strategies undertaken by pharmaceuticals in the globalization of phage medicine. Besides, the authors would like to brief on the personalized phage therapy and their evolution from lab to bedside endpoints for treating the patients and other future perspectives that hold promise.

Currently, the World Health Organization (WHO) considers antibiotic resistance a serious threat to the treatment of infectious diseases. Moreover, the WHO has promoted a complex action plan, based on the slogan “no action today, no cure tomorrow” to control the occurrence and spread of resistant strains that include strategic actions for mitigation, prevention and control. In the last 50 years, only three new classes of antibiotics have been approved by WHO and US Food and Drug Administration (FDA), among which the third one was only approved this year and found to be effective against the Gram-negative Enterobacteriaceae group for the first time after 1962. Keeping all the above facts of continuous emergence of antibiotic resistance in planktonic bacteria and in their biofilm counterpart, this book chapter has tried to add some more alternative drug resources by means of natural products, which could ultimately lead to the betterment of humankind. Several recent studies have shown that natural products (mainly phytochemicals) exhibit their antibacterial activity through different mechanisms of action like bacterial membrane damage, inhibition of virulence factors, quorum sensing signalling, inhibition of enzymes and toxins. Quorum sensing is a signalling process to regulate the expression of several virulence factors in both Gram-negative and Gram-positive bacteria via an autoinducing loop. When a critical bacterial cell density is reached, a complex of the regulatory proteins and specific signalling molecules enable the autoinduction of the quorum sensor and the expression of the target genes. Quorum sensing inhibitors (QSIs) interfering with this regulatory network have either been derived from natural sources viz. phytochemicals and fungi, or they have been chemically synthesized. In this chapter, we will summarize the updates from the available literature describing the various QSIs obtained from natural sources and their role as anti-infective agents. We will also discuss the feasibility of these sources towards the development of future drugs to cure systematic infections in the human body.

The success of Anti-infective agents (AIAs) is determined by the interaction between a drug and the binding sites. Significant contributions have been made to the synthetic and dynamic relationship between drugs and pharmacodynamics for the past few years. In general, AIAs include antibacterial, antiviral, antifungal, and antimicrobial agents, etc. The clinical benefit of using anti-infecting agents significantly impacts bloodstream infections with central venous catheters (CVCs), pregnancy, and lactation. Recent reports suggest income from AIGs formed 30.1% of the total income of hospitality management. However, many more technical difficulties remain, such as acquiring biologically relevant chemical diversity and achieving activity across diverse pathogens, including highly challenging Gram-negative pathogens with safe drugs. This chapter reviewed 1,2,4-triazoles, isatin, and coumarinbased anti-infective agent developments from the past five years and their biological studies against the various bacterial strains based on new challenges on viral and bacterial infections and viruses. SAR studies also discussed the importance of hybrids and substitutions in biology. We believe that this chapter helps future researchers to develop the most effective and less toxic anti-infective agents.

Anti-infective agents are a distinct class of pharmacologically important molecules that have served mankind in different capacities to combat life-threatening pathological conditions. They include antibacterial, antifungal, antiviral, antituberculosis, antimalarial, and urinary anti-infective agents. However, evolutionary changes, adaptations, and the development of new strains of pathogenic microorganisms have reduced the therapeutic efficacy of existing drugs, thus, limiting their clinical utility over the years. Frontiers in Anti-Infective Agents Volume 6 is a collection of notable research efforts, successful anti-infective drug development programs, and a comprehensive overview of successful and unsuccessful clinical trials conducted in this domain. This volume continues from the last one with interesting reviews on 1) &ldquo;Reverse Vaccinology&rdquo; for vaccination design using computational data to identify vaccine targets, 2) leptospirosis, 3) phage therapy for bacterial infections, 4) quorum sensing inhibitors from natural products, and 5) nitrogen and oxygen-based heterocyclic compounds that can act as anti-infective agents. The volume, therefore, covers a range of frontier topics on anti-infective research and development. This compilation is a timely reference for postgraduate scholars and researchers seeking updates in specific areas of anti-infective drug development. Allied healthcare professionals (clinical and public healthcare professionals) can also benefit from the information presented within. 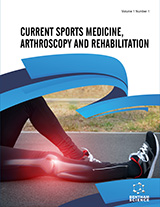 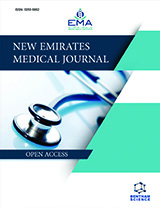 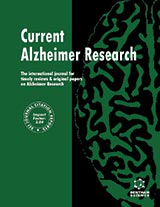 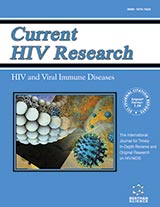 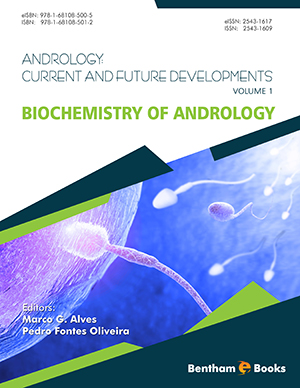 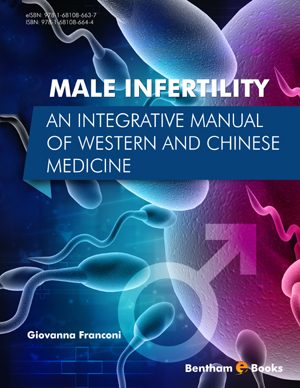 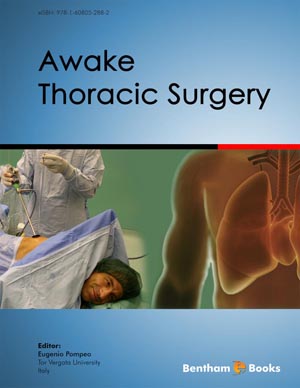 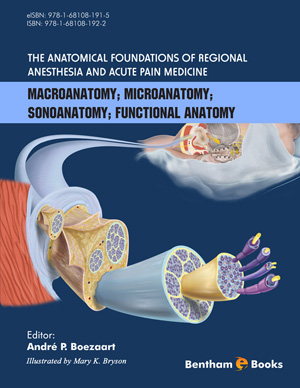 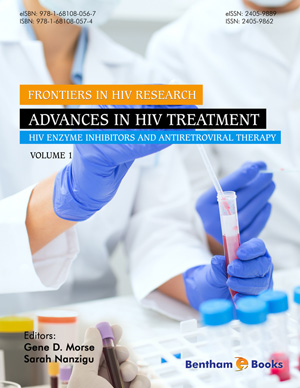 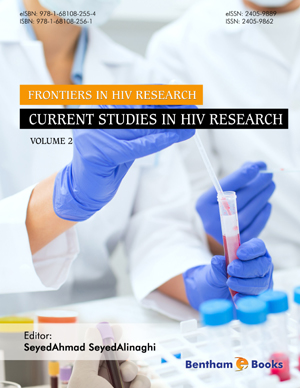 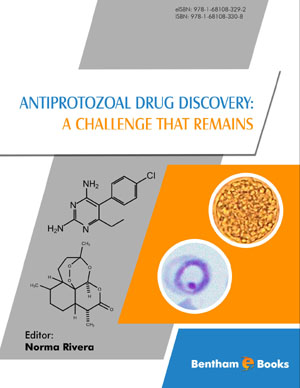 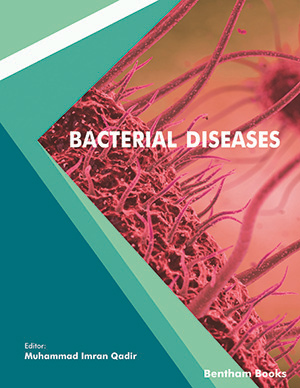 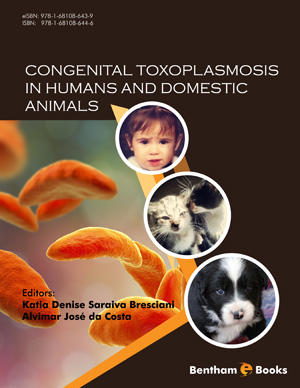